Paracosma: Solving Today's Issues in AR/VR for a Better Tomorrow

Paracosma: Solving Today's Issues in AR/VR for a Better Tomorrow 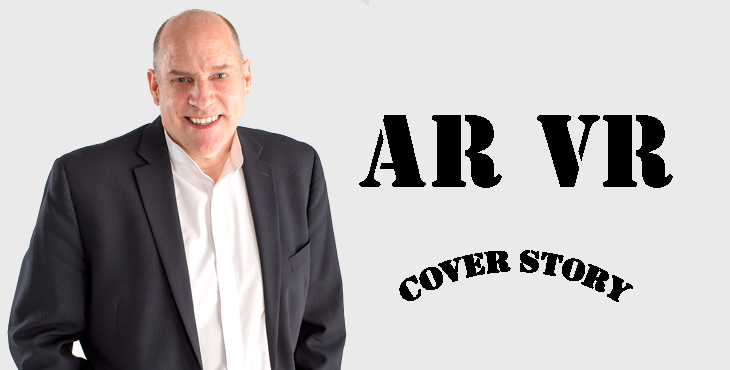 Although VR is yet to achieve global commercial success, the promises and possibilities of the field that will improve and enhance diverse industries and life, in general, remain unchanged. We have already seen use cases of VR that are making a real-world impact in medical treatment, education, real estate development, retail marketing, manufacturing, fostering empathy and therapeutic treatments. The future of VR as ubiquitous technology is clear. However, challenges remain for the industry.

To achieve mainstream adoption, the industry has to address the current issues as Ken Ehrhart, Founder and CEO of Paracosma, rightfully points out, “The requirement for success is to solve today’s diverse problems.” The industry has to evolve to make VR more accessible and attractive to consumers. Currently, only the most committed and deeply-pocketed users get involved with VR. And the product design of VR seems to have always stuck in its early-adopter phase. Placing consumers at the center of innovation and evolution is crucial for the industry.

Started with a mission to make life better through VR, Paracosma is committed to providing expert service in VR as the industry continues to evolve to unleash its fullest potential. As a VR/AR content creator, technology R&D lab, and distribution platform, Paracosma is well positioned to address the diverse challenges in VR. With a belief that great opportunities will come to those who can bridge the gap of today’s challenges to future opportunities, the company is at the front of VR evolution. The company is realistic in its approach and addresses the issues of the industry strategically and practically.

Despite heavy investment in VR and AR in recent years, many players are struggling to sustain in the industry due to the slow development of the overall market. This could lead to a lack of experienced and expert service providers in the field and further slows down the progress.  With wise financial management in mind, Paracosma remains committed to continue helping the VR/AR community and drive its evolution in the right direction. Ken says, “The key for Paracosma is to maintain cost-efficiency to manage long-term cash flows at a sustainable level.”

Paracosma thinks long term for a better future. Ken comments, “Right now, our goal is not to capture market share or immediately build recurring revenues, but rather to position the company over the long-term to consistently deliver value to customers while continually expanding its scope of services and products.”

In the meantime, Paracosma offers the solutions required for other AR/VR companies to survive and thrive. The large, over-extended companies are outsourcing to Paracosma to lower their in-house burn, while smaller niche companies are expanding their scope and resources through Paracosma. The company’s role has been crucial as it provides affordable service and helps the industry sustain for a better future.

There is a concern that VR and AR have been overhyped with an unrealistic expectation which has not been met. Ken says, “The primary issue enterprise customers have faced is a mismatch between hype and expectations and the reality of what could be delivered at what price.” He adds, “AR/VR is currently difficult and expensive and much of the promise cannot yet be delivered.” The company believes that it is important to have an honest and open conversation about what is possible and not today and work towards the development of products and solutions that are affordable which live up to the initial vision over time. Paracosma is ready to invest its resources and work alongside clients to move toward that direction.

The Products and Services of the Company

The company is set to release its own VR game called “Unnamed VR” by the end of 2018. The game is an open-ended sandbox game that is set in a large mansion where users can explore and interact with everyday objects without any pre-defined purpose.  Ken says, “It is really an unlimited, fun way to explore VR.”

With the experience from the project, the company is looking forward to making a better contribution in the future. Ken says, “The entire project has taught us how to develop and code any type of real-world interaction which can be applied in building any enterprise simulation and training application.”

The company recognized the need for more VR content to expand its reach. That resulted in the launched of 360 media distributed platform with Madison Mountaineering(http://360.madisonmountaineering.com) as a first client. The site showcases the content of Madison Mountaineering, a prolific producer of high-quality 360 content filmed on mountains around the world.  The platform is offered as a white label service to other content developers which can be customized, with discussion threads, and curated content.

Because of the scope of the team and diverse services, Paracosma offers a “one-stop shop” for AR and VR services including content creating and distribution, photogrammetry reconstruction of real locations, artistic 3d modeling, interactive CGI, apps and game development, and consulting amongst others. This is something very unique in an industry that is fragmented and dominated by small start-ups with narrow focus.

Paving a Brighter Future for VR and AR

The company’s low cost of operation enables collaboration in new and experimental areas where the ROI has not yet been proven. Ken explains, “We can develop Proof of Concepts and Minimum Viable Products at a very affordable cost.” This enables clients to begin exploring in new areas that have the potential for future success. Paracosma lowers the barrier to entry in the AR/VR sector.

Ken says, “We have not tried to prejudge the direction of the AR/VR markets, but rather to develop broad capabilities across many areas.” This has enabled service fulfillment for a wide variety of clients and broadens the possibilities of the industry.

The market may be moving slow currently, but the San Francisco based company is only getting stronger solving issues in the industry. It is expanding beyond North America. Ken says, “We will be making a strong push into the Japan market starting early 2019.” By leveraging the support of a few key existing clients in Japan, the company looks to establish a strong presence in the APAC region.