Mindtrend: A Thinking Platform for the Modern Information Crisis 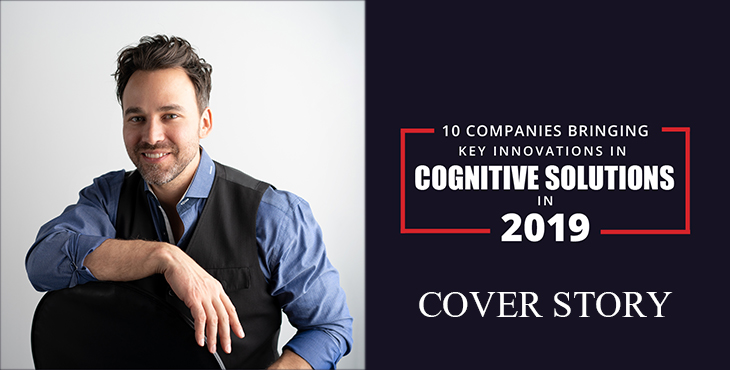 The challenge in the age of information and misinformation

The significant rise in uncertainty and polarity worldwide is a symptom of a much subtler problem. The way in which we share digital information today has a crucial limitation, notes Mindtrend founder Matthew Erwin: Neither humans nor machines are able to verify the integrity of the content relationships between independent sites. As a result, our modern world has become inundated by the rife virality of unverifiable content.

This puts us adrift in a sea of continually shifting digital information. Even when we spend our precious time and energy endlessly researching and verifying query-by-query, we are unable to navigate to the digital equivalent of solid ground. We lack the basic tools of digital measurement that would support the creation of rich content maps, reliable markings, or a sense of direction.

Some people put their hope in artificial intelligence, believing that AI alone can scrub the Internet of falsehoods and inaccuracies. Such wishful thinking woefully miscalculates what is necessary for accurate inference, Erwin warns. “The current problem cannot be solved by better data mining.”

Imagine navigating from one island to the next, progressing forward into new territory. Along the way, thoroughly documenting each island but glossing over the path taken between them. Now consider the impact of having imaginary islands randomly included into the mix. Finally, imagine attempting to accurately identify the best path to a desired destination, without any certainty it even exists, while limited to references of other destinations that may no longer be related and are in no discernable order.

This is the disconnected state of the Internet today. Fortunately, awareness of this crisis, and a more intelligent allocation of resources towards addressing it, is gradually increasing globally. What our communities need is a reliable system for structuring data relationships that will fully and accurately retain the context of what we have already learned, while simultaneously allowing us to let go of a constant sense of uncertainty, so that we may explore confidently. Mindtrend was invented to fulfill this purpose.

In his late 20’s, Erwin experienced an existential crisis. “The inception of Mindtrend occurred during a time of extreme personal upheaval; a period of significant self-reflection,” Erwin explains. “I felt that years of minor incompatibilities in my thinking and actions had built up pressure, like shifting tectonic plates, when suddenly, core beliefs I’d held about my universe fractured like an earthquake, showing up on the forefront of my consciousness like a tsunami in my otherwise serene daily routine.”

People have only recently designed more elegant automated warning systems for tsunamis and other similarly turbulent events in our physical world. Yet, mentally and digitally, we are still blindsided and vulnerable to major disruptions.

Erwin notes that successful warning systems require two things. First, the timely detection of changes in the underlying basis for an environment through measurement. Second, a formula that translates that change in basis to an anticipated outcome. A basis consists of independent variables. A formula consists of known fixed relationships between them. Therefore, if “facts” are treated as potentially variable, with well-defined fixed relationships between them, then a digital warning system for information is possible.

Ushering us into newer frontiers in learning

Mindtrend is such a system, Erwin says, “allowing us to explore and connect information in a meaningful, collaborative and machine-verifiable manner with the natural feel of blogging. What that means is that both individuals and organizations have access to a simple UI toolset for composing information with a powerful layer of semantic capability accessible just beneath it.”

Rather than presenting people with more sources of “fact,” as presented by talking heads or popular dogma, Mindtrend facilitates self-discovery within the context of what is already “known,” constantly maintained by gatekeepers you assemble. Instead of the present uncertainty and manual verification, we would have an AI-backed, automatically verifiable information graph to support rapid innovation while possessing a “digital microscope” to re-examine the basis when necessary.

Writers, readers and data consumers can be informed when new information they’re interacting with is affected by debunked “facts” or theories that no longer hold water. Digital articles will have a living contextual quality that can differ in “factuality” for various viewers based on their beliefs and cultivated networks of experts. Readers may elect to receive relevant notifications about changes in underlying content that may affect factuality in the content they’ve already read.

Additionally, users can also consult their dashboard for up-to-date and relevant metrics about the state of their personal journey and impact on their community. In essence, Mindtrend will ensure that the basis of our understanding remains sound over time.

Creating a mindscape as beautiful as a well-kept garden

“Effectively, we are talking about mentally nimble, tech-enhanced humans who can let go of constantly re-checking their existing information basis,” Erwin says. “Instead, they will innovate axiomatically using an actively curated neural network of knowledge—a semantically connected data structure that is maintained by both humans and machines.”

The possibilities represented by Mindtrend are remarkable, shares Erwin, as it presents “a unique opportunity to truly let go and expand consciousness.” As Mindtrend enhances human learning, people would be able to stop spending precious time in their lives repetitively attempting to manually maintain a unified cognitive basis that validates previous conclusions in a sea of opinions and news articles. People would be free to use their time pursuing new lines of thought, imagination, and inquiry without losing connection to the facts and underlying bases of their previously accepted conclusions and beliefs.

The team at Mindtrend is building their client relationships by delivering software value that accelerates innovation. They’re dedicated to enhancing the mental, physical, and digital spaces they interact in to the maximum degree possible. In doing so, they strive to inspire others to do the same.

At Mindtrend, “we are focused on protecting user privacy and the platform from the outside influence of advertising and corporate greed as we work toward our bold and achievable goal of relational data integrity in our shared digital community,” Erwin explains.

“As we move into the future, we see a platform capable of touching the lives of people in an intimate and vulnerable way that leaves them feeling empowered, relevant, and living more densely and freely,” Erwin says. “Accelerative learning will enable the equivalent of centuries of living in a matter of decades.”