Blockchain and big data: walks side by side 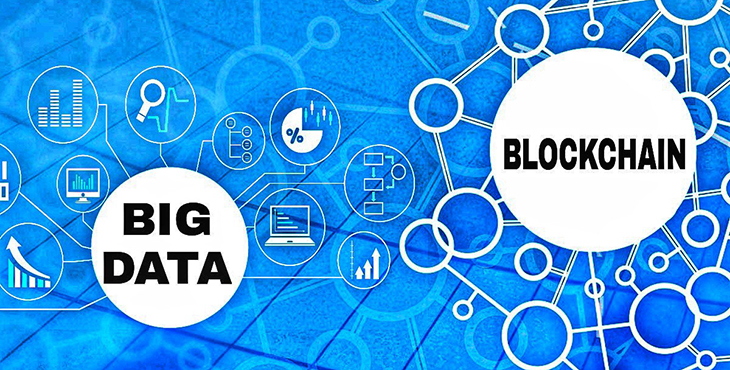 In recent years, blockchain technology has gradually become the core of computer technology. It is an encrypted secure distributed storage database technology for storing and transmitting information. Each record in the database is called a block and contains details such as the transaction date and the link to the previous block. The main advantage of a blockchain is that it is distributed and no one can control the data entered or their integrity. However, these checks are performed continuously by various computers on the network. These different machines hold the same information. In fact, corrupted data in one computer cannot enter the chain because the damaged computer does not match the equivalent data held by other computers. Simply put, as long as the network exists, the information remains in the same state.

Coming to the present, both blockchain and big data are all new generation information technologies. Their concepts are different and there are certain differences in application fields. Some people think that blockchain technology will replace big data. On the other hand, some people think big data can’t be replaced. Being a customer or normal people we can’t judge which views are correct. After all, their starting point is different. What we are going to talk about today is that blockchain and big data do not replace each other, but walk side by side complementing each other.

How blockchain and big data complementing each other:

Through scalability, blockchain allows data to be shared in a calmer manner. In the case of hospitals, institutions may need to share health data with courts, insurance companies, or employers of patients. However, this process can be risky if there is no blockchain.

However, blockchain actually improves the transparency of data analysis. If the entry cannot be verified, it can be automatically rejected. Therefore, the data is completely transparent. Other experts are also concerned about the impact of blockchain and big data on the environment.

By 2030, the blockchain will account for 20% of the big data market. According to Neimeth's estimates, by 2030, the value of blockchain distributed ledgers could reach 20% of the entire big data market, generating annual revenues of up to $100 billion. Its annual revenue will exceed $100 billion, exceeding the sum of PayPal, Visa, and Mastercard. Big data analytics is critical to tracking transactions and making better decisions for companies that use blockchain. That's why new data intelligence services are emerging to help financial institutions, governments, and other businesses understand who they interact with the blockchain.

Blockchain and big data: walks side by side