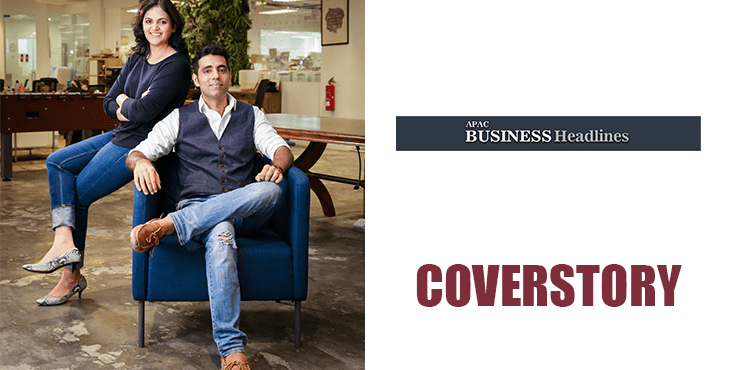 Epidemic diseases are no longer a prime concern for the society: it’s the lifestyle diseases that affect the well-being of our generation

We live in a technologically advanced society. However, when it comes to healthy eating, we still don’t have the luxury of time to prepare and cook an entire meal and hence resort to unhealthy frozen alternatives. Although we intend to consume clean, healthy and  fresh food, man a time, we fail to prioritize healthy eating over other daily actions. Zimplistic, the world’s ?rst fully-automatic kitchen robot solution provider, was established to address  his problem.

Founded by Pranoti  Nagarkar and Rishi Israni and in 2008, Zimplistic’s vision is to empower and enable today’s consumers to eat healthier with the help of technology, without compromises. To ful?ll their founding objectives, the company has designed Rotimatic, the world’s ?rst fully-automatic kitchen robot that can cook flatbreads without human assistance.

Rishi and Pranoti are the brains behind the Rotimatic. Together they wanted to address one of the major concerns of world today: Unhealthy eating habits. Pranoti, a mechanical engineer by profession, quit her job one day and started working on the ?rst Rotimatic prototype, investing all her personal savings and time to make her dream a reality. Eight years, eleven iterations, and thirty-seven patents later, Pranoti invented the ?rst ever fully automatic flatbread making robot—Rotimatic. While Pranoti invented the automatic kitchen robot, Rishi, an award-winning innovator, added AI and IoT capabilities to the robot  making it the best kitchen robot in the industry.

“We built Rotimatic taking a cue from Tesla’sbook, a constantly evolving hardware thanks to IoT. The seamless integration of IoT means the capabilities of Rotimatic keep growing. While the users are away at work, we can seamlessly push an update to add a new recipe for them to enjoy it at dinner,” says Rishi Israni, CEO and Co-Founder, Zimplistic. Powered by AI and IoT capabilities, Rotimatic delivers perfect dough consistency, despite varying conditions such as room temperature or moisture content in the flour.

Beyond enhancing the core capabilities, technologies such as IoT are also crucial in delivering the next-gen of customer support and supply chain ef?ciencies.  For instance, if customers run into an issue with Rotimatic, they can carry out remote troubleshooting avoiding the hassle of the user bringing the machine for onsite diagnostics and repair. “It helps us understand the usage patterns with rich data-sets, enabling a data-led feature roadmap. Be it partnering with third-party vendors to bring value-added services to our users or deciding which recipes to roll out next. Unlocking an entire ecosystem built to better and fully serve the users in ways unimaginable with IoT,” explains Pranoti Nagarkar, Founder and Co-CEO, Zimplistic.

Designed to mirror human judgment, Rotimatic uses the in-built adaptive systems to make real-time adjustments in the proportion of flour, water, and other factors in data from previous dough balls. To deliver a seamless experience to customers, the company also provides proactive and remote troubleshooting. With its added IoT and AI capabilities to Rotomatic, the team at Zimplistic is able to study the data patterns from customer usage and thereby measure and track the machine performance, which helps to spot anomalies and take quick action. “The data from Rotimatic is sent and processed in the cloud via AWS technologies such as AWS IoT stack and AWS cloud computing stack. To regularly update our customers with new recipes, we use MQTT and AWS Lambda,” adds Rishi Israni. Rotimatic has already been successfully launched in over twenty markets and has a growing community of over 14K Rotimatic users on social media. Not only does it cover the entire flatbread spectrum—rotis, puris, pizzas, wraps, but also allows users to explore a multitude of recipes.   Also, this quintessential technology acts as a catalyst towards bringing people together, creating a culture of togetherness in kitchens.

A good testimonial from a client bespeaks the credibility and key bene?ts of collaborating with an organization. Through a testimonial, a client is not only expressing trust from a business perceptive but is also demonstrating the expertise and the integrity of the particular organization they are working with. And if one testimonial reads,

“Rotimatic is life saver! Great investment ever! Rotimatic is a lifesaver for me being a full time working mom. I can work endless hours without worrying about the dinner now plus every single hot rotis with dinner is a bonus,” nothing more needs to be said about the real-time bene?ts provided by Zimplistic’s kitchen robot, Rotimatic.

Pranoti takes pride in its multidisciplinary team that works closely with each other to help customers lead a better and healthy life.  With the passion for innovation and commitment to consumers, the team at Zimplistic is continually adding new features to Rotimatic.  In the Innovation Lab, the company is working on new recipes such as gluten-free, pita bread, tortillas to cater to a wider and more diverse audience. “We are already working on the Remote Control feature, which will allow one to make rotis straight from the cell phone. Similarly, we are working on Smart connect and voice command integration that shall allow a user to make rotis by just giving a voice command,” concludes Rishi.

Zimplistic is able to study the data patterns from customer usage and thereby measure and track the machine performance,  which helps to spot anomalies and take quick action

Beyond enhancing the core capabilities, technologies such as IoT are also crucial in delivering the next-gen of customer support and supply chain effciencies.