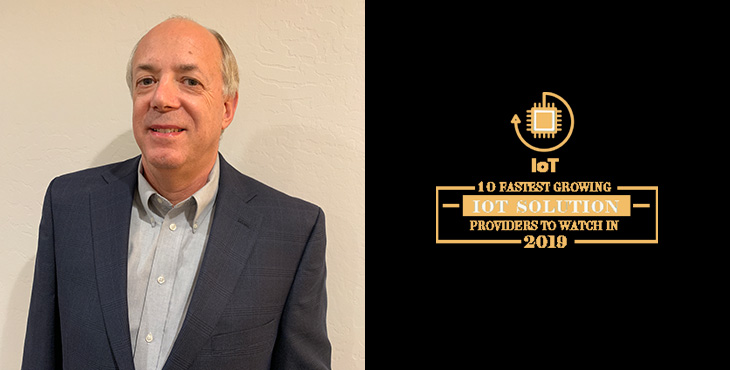 With increasing prototypes and successful applications of IoT in many fields, its potential to significantly improve life at a global scale is clear. For instance, the idea of a smart city that is safer, more convenient and sustainable is possible because of IoT. However, there are many issues that need to be addressed in order to achieve the fullest potential of IoT at a global scale.

At the core, it is the sheer volume of data from millions of connected devices that makes IoT so power. However, the data management of the industry, as it currently stands, is not efficient. The data silos among various data owners; the lack of incentive for participants in IoT networks; the complexity and the huge cost involved in managing the massive IoT data, are major challenges that are hampering the progress of IoT. Moreover, the increasing data security threat that comes with connected devices is a big concern for the IoT ecosystem. The industry requires a safe and efficient framework to manage IoT data.

AnyLog, a California-based start-up, is committed to tackle these challenges to enable a seamless operation of IoT at a global scale. Using blockchain, the organization is building an out-of-the-box, unified IoT platform that enables peer-to-peer exchange of data. Moshe Shadmon, Founder and CEO of AnyLog, was inspired by blockchain platforms such as Bitcoin and Ethereum that incentives users and miners. He decided to apply the same type of incentives to facilitate IoT data management and exchange. Similarly to the Bitcoin and Ethereum Networks, in the AnyLog Network, companies are incentivized by an efficient method to manage and monetize IoT data and operators join the network to monetize compute resources (like the Bitcoin and Ethereum miners).

With the primary goal to become the backbone of IoT, AnyLog is committed to helping companies to truly realize the value of IoT data by creating a network that stores IoT data from any device in a secure way and at a low cost and immediately making the data available to queries. For example, a smart city can connect devices monitoring traffic to the network and satisfy queries such as “how many cars entered the city in the last hour”. Placing data on the network makes sharing and monetizing data a natural next step. For example, home buyers would be interested to compare traffic characteristics in different neighbourhoods and the city owning the data would be able to provide the needed data to users and applications.

AnyLog replaces the need to build back-end databases or use cloud providers as it distributes the data to operators that offer to service the data. As the data is transferred from a device to an operator in a peer-to-peer manner, without an intermediary, there are no scaling limits. As the network leverages as many machines as needed, it can process data with more computing power than what any single database can deliver. This approach is simpler and more efficient and cost effective than managing the data using a centralized database or a cloud provider;

Using existing solutions, the cost of managing IoT data is higher than the value that can be extracted from the data and therefore huge data sets are stored on cold storage unutilized. With lower costs offered by the AnyLog Network, a bigger slice of the IoT data is available providing immediate additional value to the data owners. With no scaling limits, and with incentives for operators to join, the network grows to service the data as needed.  Mr. Shadmon explains, “Our approach creates strong incentives for the network members. Any data owner and any data center would be incentivized to join.”

Moreover, companies today are using a multi-tier architecture to manage IoT data where data is first managed at the edge of the network and some of the data is transferred to the cloud. AnyLog automates and unifies the treatment of the data at the edge and the cloud and eliminates the need in many of the data management projects. These are prime factors that enable cost-effective data solution which are not possible in the current multi-tier architecture.

AnyLog is creating an ecosystem that treats the IoT data in an efficient, cost-effective and secure way with smart contracts and breaks the rigid data silos by utilizing a unified and standard interface (SQL) to the IoT data.

For data owners (like smart cities, automotive, industrial), AnyLog simplifies and automates the management of IoT data at a fraction of the alternative costs. In addition, data owners are able to interact with their data in real time using standard interfaces.

For network operators (such as data centers and any company with compute resources), by joining the network, operators can monetize their resources without investments in software infrastructure (and with minimal marketing costs).

Under the leadership of Mr. Shadmon, researchers and experts from IoT, blockchain and other related fields have joined the organization to create a seamless and unified IoT network for the world. AnyLog is aiming to start operating its network by Q1 of 2020.

AnyLog is planning to be a foundation with the goal to build and promote the network. Mr. Shadmon says, “By being able to connect devices that generate data with data centers that manage the data, and without intermediaries, we believe that the network will grow to include any company with IoT devices as well as any company that is interested in monetizing storage and compute resources.”