AI and the future of journalism 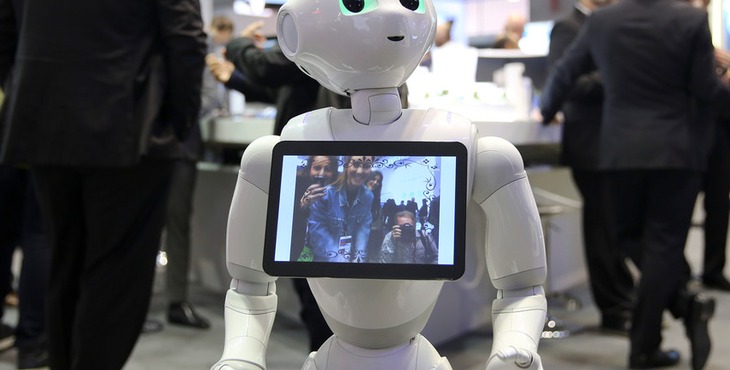 From the New York Times leveraging Google AI to find untold stories in millions of archived photos to Trint using voice recognition technology to transcribe audio and video files, journalists worldwide are implementing AI in different ways. Since the vast majority of journalists are producing single-source stories, AI technology is gaining prominence through its advanced virtual platform. Its process of gathering date from multiple resources, recognition of trends and patterns, construction of sophisticated sentences, etc. are astonishing, and impossible for human power.

One of the biggest advantages implemented by the AI in the journalism sector is indeed its automating routine reporting. This advanced technology makes organizations capable of rapidly expanding their service level and productivity. IBM was the first firm developed this automation concept in its workplace.

Reports elucidate that automating routine reporting helped The Associated Press to expand its number of companies from 300 to 4,000. It also explains that those organizations adopted automating technology are now performing increased trading and higher-level market liquidity in comparison with previous years.

In addition, the Co-founder of Narrative Science predicts that AI will write up to 90 percent of articles within 15 years. It will help journalists to manage time, conducting effective interviews, and remain stress-free.

AI is capable of reacting instantaneously to real-time data with the outlines of a story.  For example, before a decade, it took weeks of effort by a small team to release quarterly reports (e.g. performance and attribution reports) in each media company. But, now the process of report releasing is seemingly becoming a matter of a few seconds. In the future, each of the tasks in the newsroom will be carried out in this similar and accelerated manner.

Regarding this, Reuters, one of the largest international news organizations has collaborated with Graphiq, a service that utilizes AI to build and update data and visualization. Graphiq enables faster access to data for the consumer, and once it embeds in a news story, the visualization will be updated in real-time.

It is obvious that AI reduces the human element in the content creation process in newsrooms; however, it does not eliminate the participation of human reporters. By stepping up to the next level, AI will enable local and regional news companies to compete each other with large newsrooms in the near future. This technology will generate impressive news content with the utmost quality, which is monopolized by large or corporate newsrooms presently.

Reports interestingly reveal that AI will not formulate a newsroom without human reporters in the near or distant future. Nicholas Diakopoulos, Assistant Professor of Communication studies at Northwestern University opines that the future of journalism will also have plenty of human reporters around. However, the jobs, roles, and tasks of those people will evolve and look different. Human reporters will be hybridized or blended with algorithms to suit AI’s capabilities and accommodate its limitations.

What can be automated, will be automated. It was no different in the case of journalism too. The industry has been evolving with AI technology in the past few years, and we are experiencing a novel approach in reading the news content. Also, there will happen many advancements with AI news reporting in the future under the increasing demand for worthy news content.

Let’s conclude with the statement of Francesco Marconi, AP’s co-lead on AI who explains the cause for AI’s acceptance over the short time as, “the market is oversupplied with content, and the only way to compete is to deliver more and better at the same time. Publishers can get volume through automation, and qualities through augmentation, which can help distinguish content from other providers.”