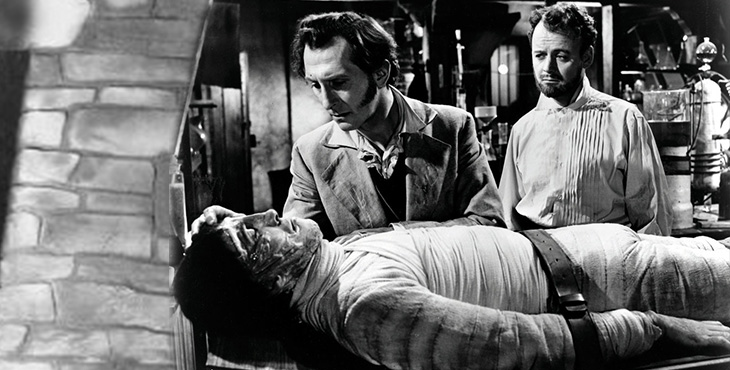 In the most unexpected turn of events, Facebook along with its subsidiaries- Instagram and WhatsApp shut down for hours on Monday. Being a platform used by millions across the world, and sometimes for crucial work- like in the case of small-scale businesses- the outage brought life at a standstill. Most, including those at Facebook had neither anticipated such a glitch, nor the fact that it could last for hours leaving the world in disarray.

The outage lasted for five hours, during which Facebook’s internal communications platform Workplace also went out, leaving employees locked out of their offices. Well, virtually of course!

These five hours of outage gave a taste of a lot of what data scientists, cyber security experts and advocates of internet decentralisation have been voicing for years now. As multiple realisations hit hard in the face, we saw coming to life the arguments of both aspects of the debate- those vouching for the removal of these mega giant platforms to reduce our reliability on a single platform, and those who could see the eminent dangers of getting rid of something on which millions of people across the world relied.

More than 3.5 billion people across the world use Facebook or one of its subsidiaries to connect with friends and family and maintain contact. Facebook has also emerged as the platform used for political campaigning and outreach, as well as by businesses to build a customer base and advertise. To avoid the issue of remembering multiple sign-in details, Facebook’s login credentials are used by people to sign in to most sites on the web or their internet connected devices. The outage shut people out of their smart TVs, shopping sites and many other crucial web platforms. Hence, practically, not only was Facebook out of reach, but most platforms on the web became inaccessible to the people.

The global dependency on Facebook came out in the light, and hard-hitting as it was, it has pushed us to think of the monopolisation of the internet by a few and the wide-ranging consequences they have on our present and our future.

A look into the past:

Facebook’s mere ten year-long history has been ornamented with achievements and milestones unparalleled by anybody else. What began as a college experiment with Mark Zuckerberg trying to create the Harvard college space online for students to connect, soon spread to other universities across USA and then overseas to UK and other countries. Yale, Columbia and Stanford were the first few colleges in the US where Facebook came within a month. Within a year of its launch, Facebook bought the domain facebook.com for $20,000, and then there was no stopping as Facebook became an immediate hit among high-school and college students worldwide.

However, the growth has also been loaded with controversies and court cases as neither Zuckerberg nor Facebook seem to be immune to them. The exponential growth and huge revenues that made many try for a share in the stock by claiming early contribution and participation. Some at Harvard claimed it was their idea to begin with and charged Zuckerberg of stealing an original idea to generate his own site. Another controversy came from Paul Ceglia who had hired Zuckerberg as a freshman to code for him and had paid $1000 for the service. Instead, he claimed to have invested $3000 in Facebook and demanded his share of stocks.

Many existing social media giants of the time tried to appropriate Facebook too. In 2006, Yahoo tried to buy Facebook for $ 1 billion which was turned down by Zuckerberg. In 2007, Microsoft bought 1.6% of Facebook’s shares for $240 million, estimating its overall value at $15 billion.

Facebook’s impact on the youth was estimated to be so huge that it was considered one of the catalysts of Arab Spring, a series of protests that erupted in the middle-east for self-government and democracy. The potential of Facebook for political campaigning began to be realised around this time.

In 2012, Facebook acquired Instagram for $1 billion. This brought together two very different kind of social-media users under the influence of Facebook. This year itself, Facebook reached the mark of 1 billion active users touching one out of every seventh person on the earth.

However, the boldest move by Facebook was yet to come. Facebook acquisitioned WhatsApp for a whopping $19 billion in February 2019, literally gaining full control of the world’s messaging. Same year Zuckerberg bought the virtual reality start-up, Oculus for $2 billion, in what can be seen as an investment in the future and Zuckerberg’s far-sightedness.

Today Facebook is close to touching a 3 billion mark of active users.

Politics has often been defined as the contestation for power to influence and control many lives by a handful of people. With Facebook’s growing reach, influence and the ability to change, make or break people’s mindset has put it in an uncomfortable place of being responsible for some major political outcomes off lately.

All came out in white light when Facebook was blamed for an unexpected presidential win by the Republican candidate Donald Trump in 2016. People speculated that the amount of face news on circulation on Facebook had direct consequences to the election. While Zuckerberg denied such active influence of Facebook in the results, it later turned out that Russian fake news campaigns relating to the US elections did gather a mass base. Later in September 2020, the Guardian accused Facebook of enabling ethnic cleansing of Rohingyas in Myanmar through the type of content that was in circulation. It is to be noted that in Myanmar, Facebook’s influence is such that for most people it is synonymous with internet.

Data security on the edge:

Facebook’s problems only seem to be mounting as the past couple of years have been tainted with allegation of data privacy and security. Not only was Facebook sharing personal data of its users with other companies and help improvise their products and reach at the cost of customer’s privacy, in September 2020, Facebook’s CEO Sheryl Sandberg revealed that the platform was hacked and data for as many as 30 million users could have been exposed. Consecutively, Facebook has around 30,000 people working exclusively on safety and security of the platform.

Facebook has turnout out to be nothing short of a Frankenstein’s monster- an alluring idea that has grown to be out of the control of the creator itself. Its wide-ranging implications paired with such a huge user base has made it more powerful than nation states themselves. It is global, omnipresent and all encompassing. The path ahead can only be sustainable once there is a way to control, decentralise and channelise the growth of the corporation.