Olympus, the Japan based company exits cameras, to expand in MedTech 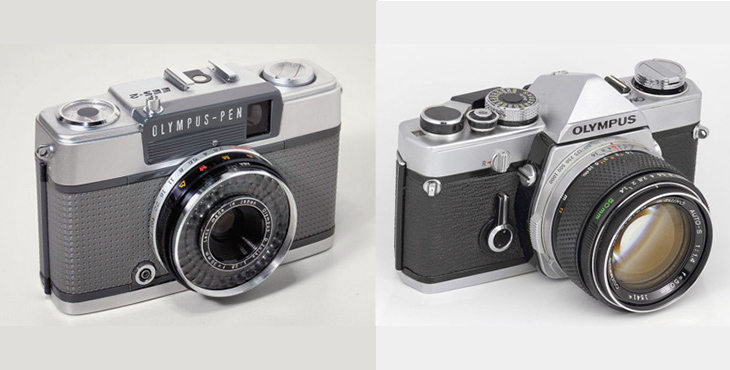 Around mid-2020, Olympus Corporation, the Japanese company that revolutionised the world of cameras, decided to sell its camera division to an investment group- the Japan Industrial Partners (JIP). This came as a shock to most who saw the name Olympus as synonymous with cameras. The inevitable question was, if not cameras, the base of their brand identity, then what? The CEO Yasuo Takeuchi, cleared the smoke by sharing the corporation’s long-term plans of expanding their existing medical products and services and overtaking the MedTech sector.

A century old company, Olympus had first hit the market back in October 1919, aiming to produce domestic microscopes and thermometers. Soon the company expanded into manufacturing lens and cameras for a variety of usage- from life sciences to industrial solutions. They were the first company to have successfully developed the world’s first gastrocamera for practical usage.

A brief timeline of Olympus:

Olympus has had a consistent growth and innovation coming along its way since its inception in 1919. In 1920 they came up with the fist domestic microscope, Asahi, followed by Showa GK in 1927. Olympus launched their first camera Semi-Olympus in 1936. A major breakthrough came in the year 1950 when they contributed to the medical industry by coming up with the first practical gastrocamera. 1969 was another breakthrough year in their journey when they invented the world’s first microcassette tape recorder by the name ZuicoPearlcorder. In 1975 they had collaborated with Winter & Ibe, a German company to provide the world with the world’s first medical endoscope, wherein Olympus was providing the optical solutions. Between 1980 and 1990 the company launched multiple products including BH2 microscope series, development of an ultrasound endoscope system, optical fibre-based endoscopy and endoscopic video information system. They launched their Infinity Stylus camera in 1991 that came to be their best-selling camera. In the next decade they continued to innovate on endoscopy, cameras, microscopes and industrial videoscope system. Over the last decade, they brought in some state-of-the-art technology in medical investigative equipment. The company celebrated their centenary year in 2019.

The decision to quit cameras:

The decision to leave the manufacturing and marketing of camera and the shift to MedTech is purely circumstantial for the company. Smartphone cameras have taken over the world of photography with a storm, essentially decimating the market of stand-alone cameras. This led to the imaging department losing over $1 billion over the past decade. On the other hand, Olympus is the largest manufacturer of gastrointestinal endoscopes, commanding 70% od the $3.3 billion industry. Hence the choice was clear for Olympus to shift focus to medical equipment. Owing to this shift, the company is going through major restructuring process. For example, instead of in-house research and development as done hitherto, the company is looking at acquisitions to speed up development. By the end of next year, the company is looking at a complete realignment to endoscopes, therapeutic treatments and surgical technologies.

Within months of announcing the restructuring, the companies’ stocks in Japan doubled to 2,200 Yen, and revenues escalated by 40%. Though the pandemic did affect the whole restructuring by affecting sales of medical equipment, they are looking at quick recovery. A Tokyo based brokerage firm anticipated that Olympus will see a net profit of 143 billion yen by the end of 2025. They also see huge opportunity in the growing markets in countries of the Asia-Pacific region that have relatively underdeveloped healthcare. The rapid growth of the Chinese economy that could replace Europe as the second largest market in the world is also going to be a contributing boom for the corporation. Therefore, as shocking as the news of quitting cameras has been, we are hopefully seeing a rebirth of Olympus and heading into a new era of global domination.