Things to be aware of while entering the APAC business landscape 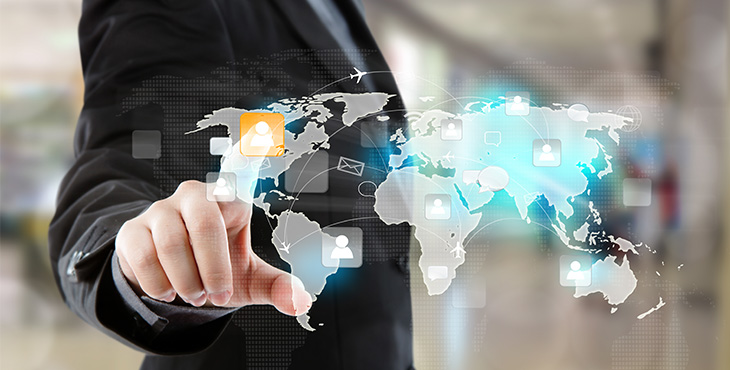 The Asian Pacific is a region rich in culture and diversity. It hosts some of the world’s largest economies and is home to around half of the world’s population. Also, it is fast-growing and impacts global economies in significant ways.

The region includes some of the richest and most developed cities in the world. Be it technology, trade, culture, or business, APAC has made a name for itself in each of these areas.

So, any business which hopes to expand its reach definitely targets this region which favors various niches and encompasses many kinds of needs and demands. Another reason why APAC is a preferred business destination is, its varying demographics.

Overall, the region offers vast opportunities to businesses. However, this diversity is also the reason why knowing the marketplace you wish to target is important.

The APAC region is highly segmented and though they appear to mingle geographically, there are few similarities in the way they conduct business. So, it is necessary to do your due diligence before entering a foreign market.

Here is a compiled list of differences in the business practices of the east compared to the west:

While things like calling someone out for their fault in a meeting can be considered common practice in the west. It can cause an aversion in workplaces out in the east. They are more used to the round-about ways of giving feedback and personal chastisement.

So, if you want to point out a flaw in someone’s opinion, in the east, you will nod along during the meeting, and approach them later personally. This holds between boss to employee, employee to boss, or employee to employee.

On a whole, there is an element of diplomacy to office talk that you cannot brush aside. It is vital to ensure camaraderie and smooth workflow.

In the west, while tackling a marketplace, there are not many aspects you need to consider to come up with winning strategies. But, in the east, every step you take can be a landmine that blows up in your face if you don’t consider the different cultures of the area.

Not only cultures but the practices and customs people are used to in their retail or services differ significantly among regions in the APAC. Foreign businesses that make it successfully in this region are the ones that invest heavily in localizing their business.

For instance, consider RedBull, originally, its packaging is a signature blue and white tin can with a red bull in the center. If you observe the same RedBull in China, you would be astonished by the difference in the packaging. It almost looks like a different product.

So, even minor things that we consider not so important are a make or break when you’re surfing foreign waters. Consequently, strategies must be specific.

Hierarchies are much flat in western countries compared to the staggering ladders in the east. In the west, an employee can freely approach his superiors, even his CEO. That is not the case for their eastern counterparts.

In the east, there is a protocol for everything. You cannot reach out to your boss without going through your immediate supervisor first; even if that saves time and effort.

The differences between the senior levels and the entry levels are much apparent than in the west. This isn’t always bad. In the east, they promote interactions and get-togethers even outside the office. A senior employee may take his junior under his wings and acts as a mentor (even for personal grievances in some cases).

This is often absent in western countries. There, office relationships end with office timings. So, this is a practice that has both ups and downs.

The biggest downside of the above hierarchy we were talking about is the twisted sense of punctuality that is unconsciously imbibed in the east.

Consider an office wherein a meeting is scheduled at 9. In the west, most people might arrive by 9 or a few minutes before or after. But, in the east, the senior management may appear an hour late, and it is totally acceptable. However, the same doesn’t apply to entry-level employees.

In fact, the higher their designation, the lower their need to be on time. This is an unwritten practice in most places. Though with time there are changes, it is still innately accepted as normal behavior.

The APAC region consists of 13 countries, with no two countries having the same currency. Unlike the European Union which has a single financial regulatory authority for all its nations – the European Banking Authority, APAC has no such thing.

That means, if you’re targeting multiple nations in the region, you are to deal with multiple regulations and local currencies while drafting contracts. One wrong step and you will grab the short end of the stick.

Also, these countries actively tweak their currency value to profit from imports and exports. So, such practices can be detrimental for western businesses who have no clue what they’re getting into.

Apart from these, you must also pay heed to the local disputes and disparities in the market you’re entering. There are many ongoing global issues in the APAC region, like the contempt over the South China sea, the heat between China and its neighbors, and other such concerns. You must be informed about these and proceed in a way that doesn’t upset anyone – governments, institutions, global watchdogs, or your customers even.

Also, lately, Asian countries have grown more favorable towards their local business. In a way to propel their economies further, they have drafted laws that guarantee advantage to local players over international or foreign ones.

So, in countries like Japan and Korea, it is almost impossible to breach an industry without forming partnerships with local businesses there. To use this to your leverage, you must dig deep and come up with strategies that can benefit your end.

On a whole, the APAC region is one of the best places in the world to expand your business to. Though it has sensitive areas, it blesses those who tread with caution.