Raising Awareness about Technology's Bright Potential to Save Our Planet

Raising Awareness about Technology's Bright Potential to Save Our Planet 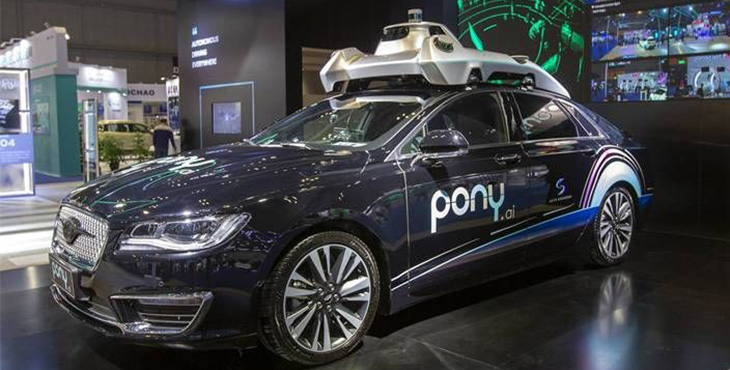 Founded in 2016,Pony.ai a Chinese autonomous driving solutions startup on May,13 has announced its expansion into Robotaxi service in Beijing where it established its first domestic R&D center in 2018. It has received a permit of authorization from California's Department of Motor Vehicles (DMV) to test its driverless cars since 2017, but its new permit will let it test six autonomous vehicles without human safety drivers behind the wheel on specified streets in the state's three cities.The startup named its Robotaxi service had been upgraded to PonyPilot+. PonyPilot has operated in a field of up to 150 square miles with speed limits not exceeding 45 miles in a pilot area.

The company’s Robotaxi fleet is composed of Lexus RX 450h SUVs equipped with Pony.ai's newest autonomous driving system PonyAlpha X which has 360° panoramic overviews with no blind spots due to its features that sum up to 4 HESAI's LiDAR units which offer a perception distance of up to 200 meters, 4 wide-angle cameras in whicha camera is for the recognition of traffic lights, and 4 millimeter-wave radars.

Currently, apart from Beijing, Pony.ai offersRobotaxi services in Guangzhou, Irvine, and Fremont in California. The service will be launched in Shanghai soon.It is claimed to be the first company to launch autonomous ride-hailing and provide self-driving car rides to the general public in the Chinese region.

Pony.ai also announced its partnerships with HongqiZhixing (ride-hailing service platform of FAW Group) and T3 Mobility (a mobility service platform co-developed by FAW Group, Dongfeng Motor, and Changan Auto), Yamibuy (e-commerce platform) to jointly promote its Robotaxi service in Beijing and the Yangtze River Delta. The company has several partnerships or collaborations with automakers and suppliers, including Bosch, Hyundai, and Toyota.Pony.ai is claimed to be the 8th company to receive the driverless testing permit according to the DMV, along with its competitors AutoX, Baidu, WeRide,Cruise, Nuro, Waymo, and Zoox.Pony.ai has recently reported $100 million funding from its backers and promoters.