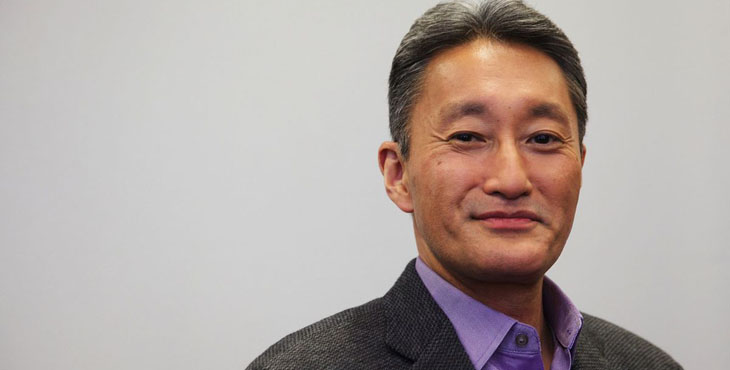 At its June 2016 Corporate Strategy Meeting, Sony Corporation (Sony) revealed that it will aim to combine its existing strengths in areas such as video and audio technologies, sensors and mechatronics, with artificial intelligence (AI), robotics, communications and other elements to offer new proposals that would expand the field of electronics. In addition to aibo, the entertainment robot revealed today, Sony is also steadily advancing multiple other initiatives in the AI and Robotics field.

Sony invested in Cogitai, an American start-up that specializes in artificial intelligence, and the two are collaborating towards the development of novel AI technologies using deep reinforcement learning with prediction technology that could be used as the basis for the next generation of AI applications and products.

“Sony Innovation Fund,” a corporate venture capital fund, established. It aims to further strengthen collaboration with leading external researchers and startup companies around the world, accelerate business creation in the areas where Sony will focus on in the future such as AI and robotics, and support the growth of investee businesses using Sony Group resources, all to create a more open ecosystem. To date, it has resulted in investment in over 10 firms from Japan, the United States, Europe, and elsewhere.

Sony became the first Japanese company to join the Partnership on AI to Benefit People and Society, a non-profit organization created to contribute to solutions for some of humanity’s most challenging problems, including the advances and ethics surrounding AI technology. Going forward, Sony will continue utilizing the knowledge it has gained from its AI and robotics related research, development, and business ventures while working with the Partnership’s diverse group of stakeholders to solve crucial AI related issues, including how to construct a proper cooperative relationship between humans and AI, and how to best apply artificial intelligence to the rapidly advancing field of robotics as well as products and services with differing amounts of autonomy.

Sony made its “Neural Network Libraries” that serve as a framework for creating deep-learning programs for artificial intelligence, available in open source. By making use of these core libraries, which were made free and open as part of Sony’s AI initiatives, more engineers and designers will be able to develop deep-learning based programs to create artificial intelligence and incorporate these programs into their products and services.

Sony began providing its “Neural Network Console,” which provides an integrated development environment for creating deep-learning based programs, free of charge. This enables program engineers and designers to make use of this software, which comes with a full-fledged GUI (graphical user interface), to develop deep learning programs and incorporate them into their products and services, all the while taking advantage of its intuitive user interface to efficiently carry out neural network design, learning, and evaluation.

Sony supported the RoboCup 2017 international robotics competition as a platinum sponsor. In addition, it displayed a number of products and services at its booth, including AIBO, the bipedal entertainment robot QRIO, Xperia™ smart products, the New Concept Cart, and KOOV™, an educational robot programming kit. This year marked the event’s 20th anniversary. RoboCup is a yearly challenge created to advance the integration and development of robotic engineering and AI through soccer matches between teams of autonomously moving robots. Its ambitious goal is that “by the middle of the 21st century, a team of fully autonomous humanoid robot soccer players shall win a soccer game, complying with the official rules of FIFA, against the winner of the most recent World Cup.” It hopes to spread fundamental technologies far and wide through research and development into AI and robotic engineering. During that same weekend, Sony Global Education, Inc. held the first KOOV Challenge, an international robotics challenge using KOOV and aimed at children, as a partner event to RoboCup.

Sony Mobile Communications Inc. (Sony Mobile) announced the launch of “Xperia Hello!” a communication robot that can recognize each member of the family and assist with daily life simply by talking to it. In addition to contacting family members who are in the house and leaving them messages, this product can also be accessed while away from home via smartphone to have it send pictures showing what is happening in a room. It will also actively provide news and other useful information to each family member tailored to their individual needs. On top of that, it can convey emotions such as happiness and sadness while speaking with the family by combining the mounted lamp, which serves as an eye, with various movements of its body. Like a true member of the family, Xperia Hello! provides everyday assistance by spurring interesting conversation, watching over the household to give a sense of security, and providing information.

Sony announced the development of a prototype known as “New Concept Cart SC-1” with the aim of delivering a new transportation experience. Passengers can drive and control SC-1 directly, and it can also be operated remotely through the cloud. SC-1 is equipped with image sensors on all four sides of the vehicle. These sensors can see better than the human eye and open up a number of special features. SC-1’s integrated and focused images provide a 360-degree view of all directions to give unparalleled awareness of one’s environment. In addition, the ultra-sensitive image sensors combine with the internal high-definition displays to give the driver an unobstructed view even when driving at night without headlights. The image sensors allow users to take in their surroundings, eliminating the need for windows. By placing high-resolution displays where the windows would normally be located, the cart can display a host of images to people in the area. Furthermore, images picked up by the sensors can be analyzed using AI, allowing it to interactively change the information that it broadcasts. And today, Sony announced aibo, an entertainment robot capable of forming an emotional bond with members of the household while providing them with love, affection, and the joy of nurturing and raising a companion. aibo possesses a natural curiosity, and we hope it will bring joy into the everyday lives of our customers while growing with them as a partner. The original AIBO launched in 1999. Now, Sony has refined its AI and robotics technology to deliver its successor, aibo. This evolved model features an adorable appearance, vibrant movements, and a responsiveness that is sure to delight. To make all of this possible, aibo is equipped with Sony’s proprietary ultracompact actuators, a variety of sensors, deep learning technology for sensing and analyzing images and sounds, and unique AI technology that connects aibo to the cloud.Sony will continue actively supporting advancements in AI and robotics with the aim of creating products and services that inspire and fulfill your curiosity while contributing to the betterment of society through its efforts in these areas.