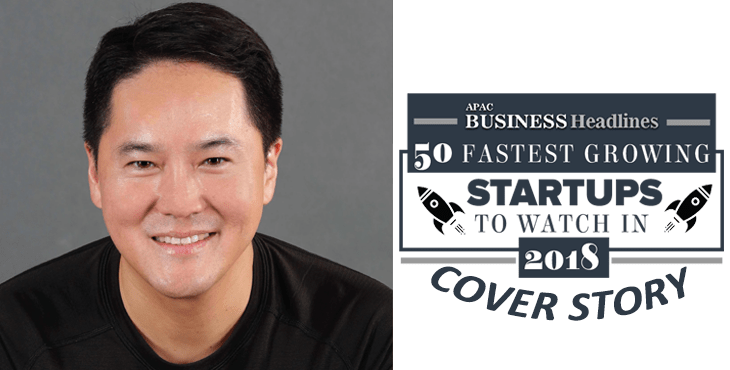 EMQ: The Financial Settlement Network that Enables the Payment Ecosystem

For over decades, customers were expressing their concerns associated with cross-border payments. Due to high transfer charges and hidden fees, customers were not satisfied with the traditional players that provided the infrastructure for their cross-border payments. However, the advent of fintech companies could finally bring about a change in the landscape of financial services sector.

With the goal of making cross-border remittances fast, cheap and transparent, fintech companies ventured into the financial sector five years ago. They spiked in popularity as they removed the transfer charges and hidden fees associated with international transfers and simplified the entire process of cross-border payments. While their cross-border payment services helped overseas workers nimbly send money back home free of charge, they also embraced the novel concept of bringing financial services to the unbanked and under banked, making remittances more accessible to the migrant workers.

One such fintech company that has been at the forefront of accelerating financial inclusion by building an extensive financial settlement across Asia is EMQ. Founded in 2014, EMQ is the leading financial settlement across Asia that provides an infrastructure to accelerate the economic development and access of digital financial services in the region. Leveraging a strong partner ecosystem of financial institutions, telco providers, messaging platforms and payment processors, the company offers individuals and businesses a seamless cross-border remittance experience with immediate access to thousands of distribution points across North and Southeast Asia‎.

Prior to incepting EMQ in 2014, Max Liu, the CEO and Co-founder of EMQ, saw how conventional banking excluded large segment of society, particularly low-income overseas workers from having access to financial services.  Over time, “these overseas workers have become a pillar of the economy while providing a critical lifeline to millions of households in the developing countries,” says Liu. Understanding the challenges faced by these overseas workers, Max Liu decided to build a financial inclusive business leveraging fintech innovations to meet the needs of the overseas workers.

Max Liu wanted to build his financial settlement network by developing strong alliances with the banks operating across Asia. With over decades of experience working in the financial industry, he knew something could be built to work with these financial institutions. Moreover, he knew the fact that to build an extensive financial network and do remittances smoothly, he would need a bank at both ends (one bank per country). “Determined to build network within the regulatory and compliance network, I— along with a small team— gathered proficient employees, worked on strategies, and pitched as many banks as possible and established EMQ in 2014,” states Liu.

Leading Teams from the Front

Today, under the leadership of Max Liu, EMQ has evolved from a startup in 2014 into the leading provider of financial settlement network and is expanding its network across the globe, with the sole focus on remittances.  In December of 2017, the company has also successfully raised US$6.5 million in series a funding from Silicon Valley entrepreneurs and international venture capital firms (VC). However, what really differentiates EMQ from other fin tech companies is its ability to accelerate financial inclusion by  engaging an unbanked user in Hong Kong and send money cross border into another country and have that money delivered to another unbanked user, all within ten minutes while being fully compliant.

Max Liu has built his financial settlement network keeping three key objectives in mind: it includes fitting within the regulatory framework, partnering with institutions such as banks, and ensuring all transactions are fully compliant. When asked how your company go about the whole process, Liu explains, “we are a hub and spoke business: we hub into a country, partner with the bank, and work with the regulator to get licensed. Beyond the hub, we spoke into last-mile partnerships by extend further into thousands of distribution points across bank accounts, digital wallets, telecos and cash pickups.”

Although EMQ is constantly expanding its financial settlement network across the APAC region, regulations still remain as the biggest hurdle. “It takes a lot of hard work to build a network that falls into the regulatory and compliance framework including having a proper AML process in place. Also, we are constantly measured by our compliance structure,” tells Liu. However, with three unique value prepositions to offer, the company continues to make financial services more accessible for business and individuals.

By developing its entire business from compliance and regulatory perceptive and investing a lot of energy and time into them, the company has ensured regulatory readiness as to partner with banks and established payment partners.

Another unique value proposition is Compliant Networks and Network penetration.EMQ has spent years to make sure its networks are fully compliant end to end and that the company abides by all rules and regulations in every company it operates in.

And last but not least is its Network penetration and strength of its payment partners. The company has established a resilient and regulatory–approved remittance network with an extensive last mile distribution footprint across North and Southeast Asia.

With these three unique value propositions, EMQ has not just made financial services more accessible for business and individuals but has also established a robust last-mile distribution footprint, reaching millions of unbanked population and supporting the financial inclusion initiatives in the region. “Currently we have a footprint in China, Hong Kong, India, Indonesia, Vietnam and the Philippines, and continue to expand across key business markets worldwide spanning Asia, Europe, North American and the Middle East,” tells Max Liu.

The company has built strategic partnerships with a host of telecom providers, messaging platforms and payment processors.  For instance, the company has launched strategic partnerships with Tencent WeChat and Globe Telecom's GCash to accelerate financial inclusion across Southeast Asia, making remittances more accessible to the overseas workers. “We also partnered with QFPay for a real-time merchant settlement platform to deliver faster merchant payments across Asia.  Moreover, we have also expanded across the emerging markets with our partnership with Kotak Bank in India, enabling Indian communities around the world to seamlessly transfer money, in real-time, and directly send money back home to family and friends,” explains Liu.

Today, in partnership with Tencent WeChat, EMQ is rewriting the financial inclusion story for the over 370,000 migrant workers of Filipinos and Indonesians in Hong Kong who are mainly women working as domestic helpers. These migrant workers, who are often the main source of support for their families back home, typically work six days a week and spend their one day off  standing in hours-long lines at money shops—and, ultimately paying a fee as international transfer charge to send money home.

Tencent tapped EMQ to support its WeRemit application within the WeChat mobile app across the Philippines and Indonesia, allowing migrant workers to transfer funds back home via their phones, instantly, at any time, at a fraction of the cost. “ By using the app, their families can pick up the money from an extensive last-mile distribution points including traditional money transfer providers (cash pick-up), digital wallets, messaging platform providers, banks, telecom operators, all within 10 minutes and fully compliant,” explains Liu.

In the coming years, the company intends to continue building its resilience remittance network as well as building a strong partner ecosystem across the fastest growing trade corridors and economic zones.  Also, the company is now looking forward to working with pay-in partner not just in Asia but also across the U.S, Europe, and the Middle East. “We will also continue to invest in compliance to bridge the gap between technology, regulations, and financial services,” adds Liu.

In the long-term, EMQ will further expand its geographic footprint beyond Asia to North America and Europe, building the required infrastructure to support their remittance requirements.