Global Economic Implications of the Russia-Ukraine Conflict: What's at stake? 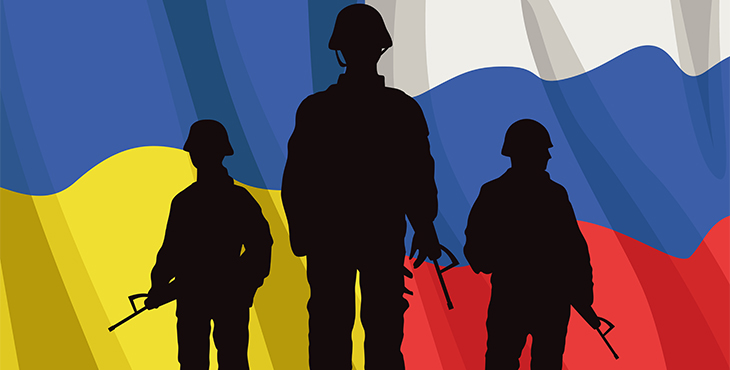 As the current conflict between Russia and Ukraine continues to escalate, many are wondering how far this will go and what impact it will have on the global economy as a whole. While we are already seeing some of the negative impacts in terms of soaring commodity prices, financial sanctions, and supply-chain disruptions, there could be many other economic ramifications that could come from this conflict going on for months.

As Russia bears the brunt of Western sanctions, including the exclusion of several Russian banks from the SWIFT interbank payments system, the protracted war has the potential to harm sectors that rely on the supply of raw resources, particularly industrial goods according to several news reports. Furthermore, the consequences are posing a threat to the global economy, causing financial markets to tremble and making life more precarious for everyone throughout the world. Here are some of the ways the escalating war could affect the global economy.

As an economy, Russia currently contributes 1.75 percent to global GDP, so a dent there should scarcely be a concern, one would think. However, it is. Energy is a major focus at a time when petroleum and gas prices are already skyrocketing due to demand, limited supply, and years of exploratory underinvestment. Any war and subsequent action are expected to cause a spike in gas prices in Europe as a result of a Russian gas supply disruption. And this is only the beginning. Many European countries rely heavily on Russian energy, notably gas, which is transported via several key pipelines. Even if the war is resolved, the heavy economic sanctions imposed on Russia may make gas importing extremely difficult for these countries.

Russia is also a major force in the metal and oil market, with 14% of the platinum market, and 11% of the crude oil market. A steep decline in the supply of these commodities would hamper construction, petrochemicals, and transportation. It would also have a negative impact on the economy's overall growth. According to the estimation from a World Bank publication, a ten percent increase in oil prices that lasts several years can reduce growth in commodity-importing emerging nations by a tenth of a percentage point. During the last six months, oil prices have increased by more than 100%. If this trend continues, oil importers such as China, Indonesia, South Africa, and Turkey may lose a whole percentage point of growth.

As we are emerging from a fragile economic scenario brought on by the pandemic, the combined effect of the sanctions and the military action's disruptions may put additional strain on supply systems that are still recuperating. We've already seen the impact on oil prices, and delays in obtaining basic metals like nickel, aluminum, and palladium may wreak havoc on industrial output and the supply chain. Other interruptions are also possible due to a scarcity of components imported from the regions, which are dependent on highly interconnected production chains. For instance, Russia and Ukraine produce one-fifth of all world wheat, 19% of corn exports, and 70 percent of sunflower oil exports. In fact, Ukraine alone makes up nearly half of all sunflower oil exports. So, importers will struggle to replace supplies if harvesting and processing are hampered in a war-torn Ukraine, or exports are halted.

With global transportation already severely hampered following the pandemic, the conflict is likely to exacerbate the situation. Ocean shipping and rail freight are most likely to be affected by the war. While rail carries only a small percentage of total freight between Asia and Europe, it has played a critical role during recent transportation disruption and is slowly increasing. Sanctions against Russia may pose a significant impact on the rail traffic of countries like Lithuania.

Ripple Effects in the Auto Industry

The war is predicted to have a significant impact on the automobile industry. The industry's woes are likely to be exacerbated by rising oil prices, a persistent lack of transistors and circuits, and other rare earth metal shortages. Aside from that, Ukraine is home to a slew of auto component manufacturers. According to a report in The Wall Street Journal, Leoni AG, which supplies European automakers with wire systems built in Ukraine, has closed its two plants in the nation. As a result, Volkswagen AG was forced to close one of its German plants.

A Possible Bout of Stagflation

Financial markets have already been shaken by the conflict, causing a sell-off in stocks and bonds on the world's major exchanges. Increased investor risk aversion could result in capital outflows from developing nations, causing currency devaluation, stock market declines, and greater risk premiums in bond markets. For the dozens of developing economies with high debt levels, this would be extremely stressful. Rolling over debt would be difficult for economies with big current account deficits or large shares of short-term debt issued in foreign currencies. In the alternative, they would have to pay more in debt service.

Even before the Russia-Ukraine war, the global economy was already suffering from a slew of problems, including rising inflation, clogged supply chains, and falling stock prices. The Ukraine situation has amplified each threat while also complicating possible remedies. Unfortunately, no one can say how long the conflict will remain. Despite the uncertainty, the effectiveness of the coordinated sanctions, minor shifts in the diplomatic positions of the parties involved in the conflict, the progress (or lack thereof) of the negotiations, the military situation on the ground, and the effectiveness of Ukraine's resistance are some of the key indicators to keep an eye on. Above all, the desire for peace can and should be expressed firmly by everyone who has a voice.

Global Economic Implications of the Russia-Ukraine Conflict: What's at stake?